At Build 2017, Microsoft announced a new Service known as Cosmos Db and moved the Document Db as a subset of it. Along with that, they introduced the MongoDb API, Column Based, Key Value Pair and Graph Database to Azure with Cosmos Db.

Before going into the deep of CosmosDb , we need to understand what is NoSql and how it’s different from SQL . Along with that let’s look at the scenario where we should take on the NoSql Stack over Sql Stack.

Relational Database comes into the existence around 40 years back and they are serving the purpose of storing the data since such a long time so why there is new buzz about NoSql?

NoSql is Not OnlySQL and before going any further I want to clarify that most developers think that here SQL is the Microsoft SQL server which is a relational Db offering from Microsoft but instead here Sql represents the traditional relational databases like Oracle, SqlServer, MySql etc.  Coming back to the NOSql the terminology comes into the picture due to the change of the type of data which is unstructured.

It is not built on tables and does not employ SQL to manipulate data. It also may not provide full ACID (atomicity, consistency, isolation, durability) guarantees, but still has a distributed and fault tolerant architecture.

Sql Vs No Sql 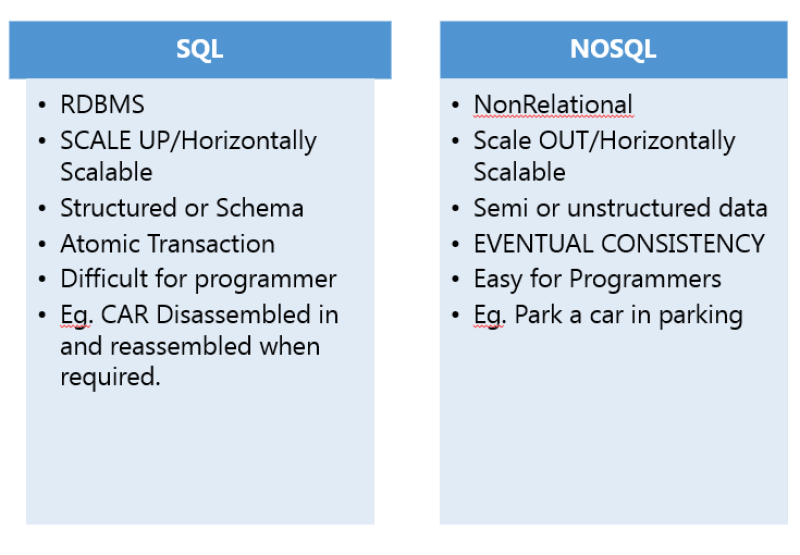 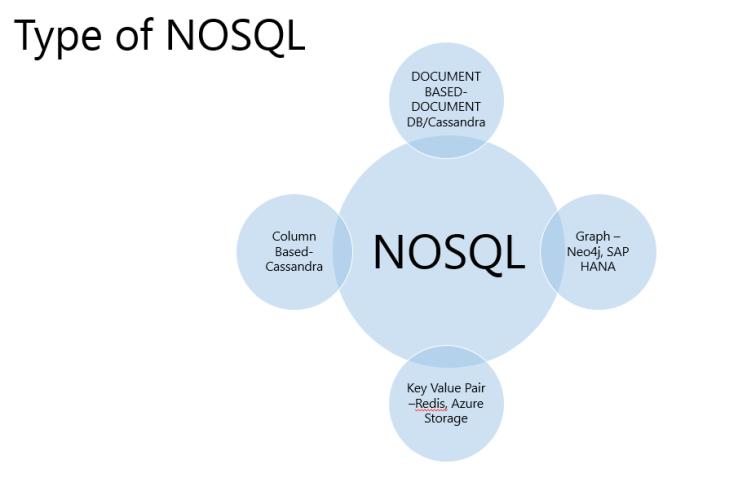 “NoSQL” is more of a marketing buzzword, and actual means “no requirement for entity relationships and secondary indexing” in order to query information. It is suitable where there is no predefined schema and you need distributed architecture. It is suitable for scenarios like IOT, Cloud oriented apps, social networks, analytics etc. Also, there are 4 type of Databases – Document, Graph, Key Value Store and Wide Column DBs.